Wayne County Executive Warren Evans recalls his life back in Idlewild, the childhood that helped make him, and the legacy he wants to leave behind. 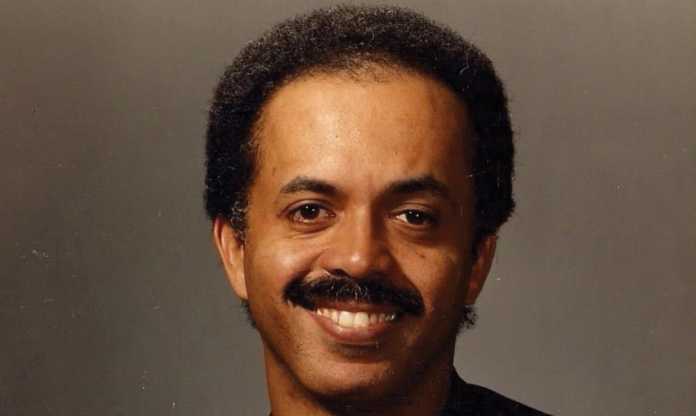 On a morning in mid-May, we sat down with Wayne County Executive Warren Evans via Zoom. We were thrilled to get an opportunity with one of the busiest people in the county. Evans began his career in law enforcement as a deputy with the Wayne County Sheriff’s Department in 1970, before quickly rising through the ranks, becoming sheriff in 2003. In July 2009, Evans was named the 39th Detroit Police Department chief by Mayor Dave Bing.

Evans announced, in April 2014, that he was going to seek the Democratic nomination for Wayne County Executive, challenging three-term incumbent Robert Ficano. Evans easily won the Democratic primary – taking 46% of the vote in a four-person field – and went on to win the general election. He’s currently serving a second term.

Talk about the Idlewild, because, you know, it’s a place that I’ve been to recently, and I understand the history. I would love to hear you talk about what it was like in its heyday.

Oh, my God. Let me just say, my brother and his significant other live there now. He has two motels and four houses on the lake, and he’s busy and working on the revival of Idlewild and that sort of stuff. I was 6 months old my first trip there. There was an excitement with the adults who had the opportunities to congregate with each other and, of course, all the kids hung out together. A beautiful lake, beautiful history.

The people who had houses on the lake, Dr. Daniel Hale, for example…just there were people that were in two different groups. They were the professionally prominent African American people, then there were the men and the people on the other side that are equally financially secure. Some people had an opportunity to make it this way, and some people had an opportunity to make it that way. There was an acceptance that they were all there having fun at a place that African Americans didn’t really get a chance to do anywhere else in the country.

I’m 72 years old, and I’ve been a horseman since I was 12. My first experience with horses was there. There was an old, retired Buffalo soldier, 10th Calvary, that had retired and got a little string of nags, and created a little place for himself up there for trail rides. I’m this little 12-year-old kid. As soon as I saw the horses – and my fascination with horses – I’d be there every morning, leaning over the fence, just looking in, watching. I didn’t know him or anything. And, finally, we kind of struck up a partnership and he said, ‘You come in here. I’ll teach you what I know about horses, if you don’t mind helping do some of this work.’ And that was as close to heaven I’d ever been. That’s where my fascination with horses began. I’ve done some competitive riding.

I have seven grandchildren and honestly, every last of the seven have the passion for horses and the same passion for water sports. They love the horses, and I am, to this day, paying money I wish I didn’t pay for lessons for them, for keeping the horses up. I can’t just have one horse for me and my grandkids on the other one. It’s a very expensive sort of thing, but I’ve always felt that, especially with Black kids, exposure to things is so critical, and especially for girls – but everybody. I would tell my grandkids, ‘I do want you to be able to be in a crowd anywhere and let folks know how to put a saddle on (a) horse. You’ve ridden horses.’ I think it’s a confidence thing, but, for me, it’s also unnerving to people who are not of color quite often, almost kind of disbelief.

I’ve been in the police department and been around guys, my commanding officers and other big guys, waiting for a meeting. These guys are all talking about their place up North and their pontoon boat, but I had a lot of boating experience. Questions pass from one person to another, then we’re talking about water skiing. I do think that kids ought to have the exposure for more and more things, and then pick what they have a passion for. I hear my folks saying all the time, ‘I don’t do that or this,’ it goes. Now they’re grown-ups and never dealt with it at a younger age. And, so, they have a predisposition to think it’s not the thing to do, or people of color don’t do that.

That’s right. That’s how I raise my daughter. We’re going to expose you to everything, and we’ll let you determine what it is that you like. As you start thinking about legacy, what does that look like for you?

No. 1: to do a more than competent job of providing services. No. 2: When I leave, they will know a person of color was there. There’s no reason to be a Black county executive if you don’t have a different perspective about the plight of Black folks, the lack of opportunity – and do things that create that. If you look at my administration, it looks like Wayne County. There are African American males, females. I don’t care if you’re gay or straight; I don’t care about any of that. I’m looking for talent. The more diverse my cabinet is, the better I make decisions, the better perspective I have on the world out there. Have I done right by people, in general? Have I been fiscally responsible? Detroit had just gone through bankruptcy, and if you look at any article before I took this office, the only question was, ‘When is Wayne County going into bankruptcy too?’

Now, we’ve had six balanced budgets. We never went into bankruptcy. We paid down all of the debt. We have an investment-grade bond rating now. And if I were not a person of color, you would know that. But it goes against the stereotypical. It must’ve just been one of those miracles that happened, you know, because Black folks can’t really lead you out of that abyss and not file bankruptcy. I didn’t have a grand bargain, I didn’t take away the benefits of my retirees, and I didn’t file bankruptcy. It would have been an easy way out, in many respects.

As a police chief in the city of Detroit, I fought crime, reduced crime significantly for the one year I was there and gave $6 million back to the general fund, because it wasn’t about the stuff you see all the time. When I took over that job, I would say, a safe estimate would be, people were generally working at about 40% capacity. And if you ask an officer what his end game was, what his goal was, most often you’d hear ‘to get home safely.’ While that is a heck of a reality, that’s not a movement forward in problem-solving.

You get out there, get people pumping. I’m doing the math, and I’m 200 police officers short and everybody’s working at 40% capacity. If you could get them to 60% capacity, I got more officers. It’s not just bodies, it’s changing what bodies do. It’s getting people enthused to do something. People don’t get up in the morning and say, ‘I just don’t want to do a thing all day.’ That’s morale. If you give them something to do, give them some incentive for what it is and you’re consistent, I think you can do a lot of things. It’s a social problem, and it’s been a social problem since slavery. What we have to do … you’re supposed to bring something to the table that makes things different.

Thank you so much for your time today. For people who want to walk up and say “hi,” what do they call you? “Mr. Evans,” “Evans”?

“Chief.” I think that’s partially “Chief Executive Officer,” but it’s more policemen, that sort of thing. So, I think that’s what most people say. But I’m happy if they call me “Warren” too. 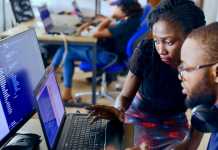 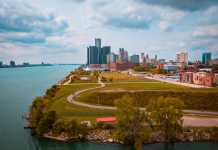 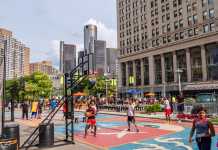