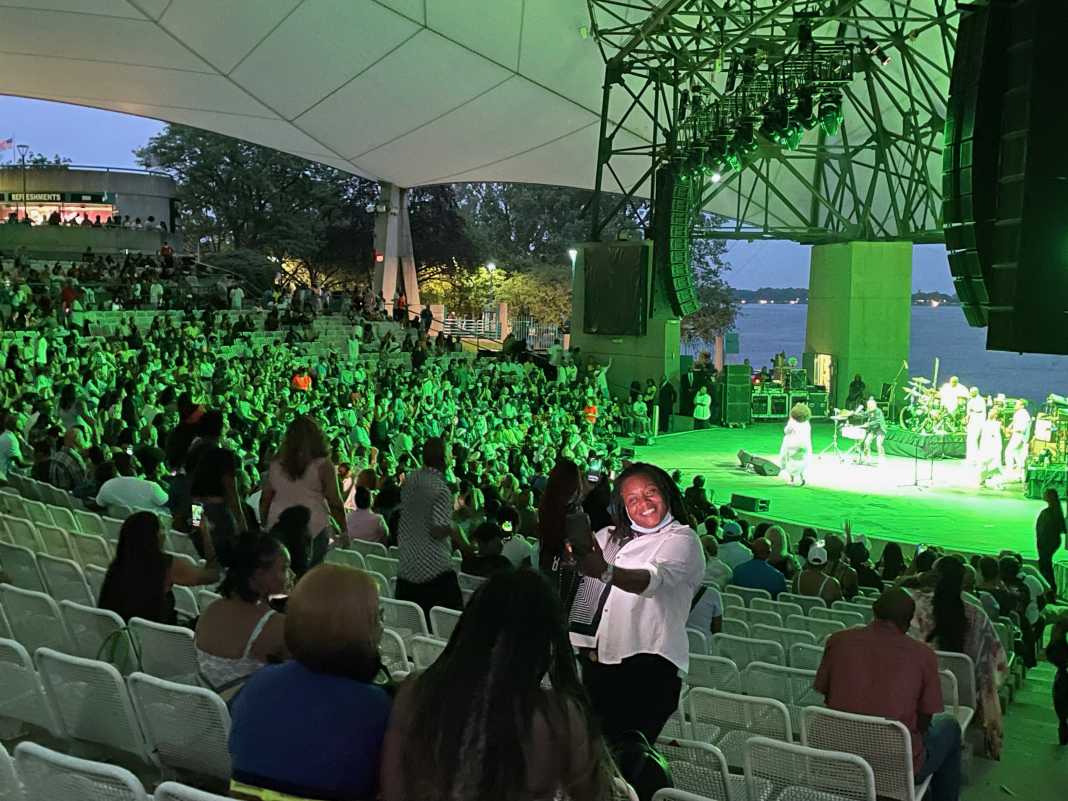 Tired of the typical Detroit photoshoot locations? Everybody is looking for unique places to take photos. Of course, there’s never a shortage of popular locations, but sometimes you want to switch it up for some refreshing content on your Instagram.

We’ve got the best Instagrammable spots around the city that will surely catch the eyes of all of your followers.

Detroit has an incredible skyline, but have you wondered where the best viewpoint is? Head over to Belle Isle’s Sunset Point for one of the top photoshoot locations in Detroit. Snap photos with the waterfront skyline in the backdrop.

Belle Isle’s Sunset Point is a unique spot to see Detroit on one side and Windsor, Canada on the other. Most people know it for being a popular spot to check out the Detroit fireworks. But visit on a quiet day when there are no events, and you’ll get some spectacular photos.

Don’t be surprised if you have another photographer and model waiting to snap pics right after you!

There are tons of public art in Detroit, especially downtown. One of the trendiest places frequently appearing on Instagram is the Belt Alley.

The Belt Alley is a recent public art project that transformed a dull alley into an Instagram hotspot. There are tons of graffiti on the walls and skybridge extending over the alleyway. At times there are even cool lights that hang from one side to the other.

Lots of people hang out at the bars and restaurants on the weekend, so the best time to do a photoshoot here is on the weekdays when it’s a bit more laid back.

Everybody loves a good rooftop photoshoot. It seems like the Z Lot rooftop was designed specifically for photoshoots. It’s surprising how it’s never crowded with cars, so you’ll have lots of different angles to snap some rooftop shots.

On one side, you’ll have views of the famous Obey mural decorating the 1001 Woodward building amongst a few skyscrapers. And you’ll surely pull the cameras back out as you head back towards the elevators because it’s decorated with vibrant geometric art. Both sides make excellent backdrops for your Instagram.

The Detroit Institute of Art (DIA) is home to world-class fine art in Detroit. Although it’s free admission to residents in the Greater Detroit area, the most photographed part of the museum is right outside.

There’s something about the white marble staircase on the side of the building that makes it everyone’s favorite photoshoot location. From engagement photos to senior photos and everything in between, it’s common to see people wrapping up a shoot as you approach.

The DIA offers lots of angles on the stairs, the arches, and lamps, that create a luxurious aesthetic to any shoot.

It’s hard to think about Detroit without thinking about the iconic Renaissance Center. It’s the tallest building in Michigan and one of the centerpieces of the skyline. So if you’re doing a Detroit photoshoot, it’s almost mandatory to get a shot of it!

Let’s be honest – there isn’t a bad location when taking photos with the RenCen in the background. But if you’re stuck on finding the best angle, try standing right below it on the Riverwalk. The shots looking up at the skyscrapers are perfect, whether using it as a backdrop or the subject of your photo.

Kelsey Montague is an international artist who’s been inspiring Instagrammers worldwide ever since her first #WhatLiftsYou mural appeared. Detroit is one of the many cities around the US to host the mural at 1050 Woodward Avenue.

Stand in the middle of the mural and let your wings spread! The unique thing about each city is that the wings incorporate local inspiration. Look closely at the artwork to see all of the Detroit motifs in the design.

Some people make it a point to take a picture at each one of the mural locations around the world. Now, you can add Detroit to that list.

If there’s one thing about Detroiters, we have a lot of pride in our sports teams! Shots at Comerica Park are an excellent way to capture the essence of Detroit during your next photoshoot.

Comerica Park has two prominent places for photos – it’ll take good timing to get the best shots at each.

At the front of the stadium are the iconic tiger statues. If you happen to be around on an off-day, you’ll have the site to yourself to snap some incredible pictures. How about a selfie with the tiger behind you?

The next spot is seen from inside the stadium. Stand anywhere behind Homeplate, and you’ll have a breath-taking view of the skyline. It’s the only time where the nose-bleed seats give you the best views!

The creative minds behind The Pose Experience transformed an ordinary space into a selfie museum. No need to waste time changing locations during your photoshoot because there are several unique sets within this one venue.

The Pose Experience is a colorful venue designed with creatives and influencers in mind! Foodies can snap pictures on the donut wall or transport yourself overseas with the “Ended up in Bali” backdrop.

The museum has tons of props to add a bit of fun to your photoshoot. They even just announced a mobile selfie museum to bring the photo fun right to you!

The ‘Reflector’ art installation is one of the hidden gem photoshoot locations in Detroit. It is the city’s first underpass art project and now attracts those-in-the-know to snap some pretty cool photos.

Hundreds of reflectors make up the ‘Reflector’ project. It offers unique lighting effects when working with flash and different natural lighting throughout the day – not to mention the teal green archways supporting the bridge.

The ‘Reflector’ is a place to really get creative, and people will definitely be asking you to share where your photoshoot location secrets!

Photographers looking for urban symmetry will find exactly what they’re looking for at Parker’s Alley. The alley is tucked behind the Shinola Hotel that has several elements to it that make it a photoshoot hotspot.

Parker’s Alley gives a rustic appeal to your photos, with narrow brick walls providing the perfect aesthetic. When there aren’t shoppers strolling the alleyway, you’ll have a few locations in this one spot alone.

Stand beneath the alley bridgeway or against the black and white mosaic tiles for a unique background. There is also the iconic Shinola clock that adds some Detroit flavor to the pictures.

Are you inspired yet to start planning your next photoshoot in Detroit? Be sure to tag #BLACdetroit in your photos so we can see how you did! 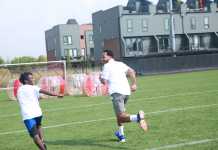 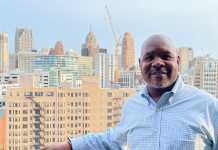 Building One Block at a Time