As a child, both of this millennial’s parents were imprisoned. Now grown, she’s created an organization that provides children of the incarcerated with essential resources meant to break the cycle of generational incarceration. 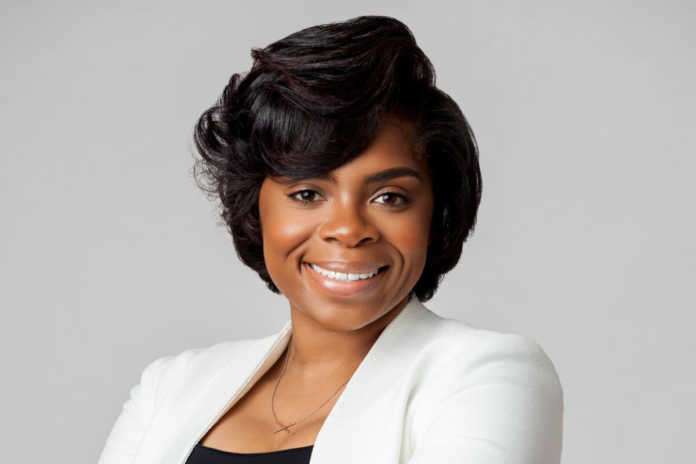 Often poor, mostly Black and brown, the children of incarcerated parents are easily forgotten. The “hidden victims” of America’s mass incarceration problem, these children face a unique set of social and emotional challenges that, according to research cited by the Justice Department, make them, on average, six times more likely to be incarcerated themselves.

Sherelle Hogan founded the Pure Heart Foundation in 2015 to act as anchor for these kids and provide them with necessary resources like mental health care, mentorship and academic enrichment. When Hogan was 6 years old, her mom was incarcerated, and when she was 7, her dad.

“I’m almost 30 now, and looking back on my childhood, and even my adulthood, a lot of the barriers and challenges that I had to face throughout life rooted from their incarceration,” she says. “I wanted to provide a service that I needed when I was younger.”

Along with the aforementioned, children – or “scholars” – enrolled in the Pure Heart program enjoy recreational activities and outings. Once a month, the team takes them on field trips that are sometimes educational – and at other times, just plain old fun. “We want to expose them to different avenues of life, and also give them a sense of normalcy,” Hogan says.

They also invest heavily in the children’s mental wealth, offering cognitive therapies; behavioral, emotional and social counseling; restorative circles; meditation and one-on-one sessions. “Children of incarcerated parents experience so much trauma so making sure they’re mentally stable is our No. 1 goal, and making sure they know how to navigate their circumstances in a positive way.”

Through it all, Pure Heart works toward family reunification with the incarcerated parent through letter writing and regular photos. Hogan says, “If their child is part of an extracurricular activity, we send a photographer to shadow them to catch those moments to send to the parent just so they have a dialogue constantly, something to talk about.”

Before this happens, the team connects with the parent or caregiver on the outside to gauge the situation to be sure communication with the incarcerated parent is what’s best for the child at the time. “We don’t allow our scholars to write their parent that’s incarcerated until the parent receives a letter from us basically consenting that while their child is in the Pure Heart program, they will respond. Because we never want to break their hearts twice.”

Scholars are also able to take advantage of the Donell Johnson Scholarship Fund, named for the 15-year-old Pure Heart participant who was killed near his Eastside home in June 2019 when a driver going about 60 mph down a residential street lost control and hit Donell’s minibike. His mother had recently been released from prison after serving nine years. “It was such a tragedy,” Hogan says, “but we used that and we gift our graduating scholars going to high school or college with miscellaneous funds” for school clothes or dorm room essentials.

Hogan’s dad committed petty crimes, and so he was in and out of prison until he was finally released when she was 10 years old; he was killed two months later. Her mother wasn’t released for good until she was 14. “Through their incarcerations I went through a lot of physical, emotional and sexual abuse. And, um … I went through a lot.”

She suffered a nervous breakdown on her first day of high school. “I woke up in a hospital bed and a psychiatrist told me, he said, ‘Little girl, if you don’t find a reason to live, you will die.’ It was so harsh, but it was something that I needed to hear.”

She graduated from the University of Michigan and worked her way into corporate America, but she says, something was still missing. She quit her job and founded the Pure Heart Foundation five years ago. Read more about Hogan’s journey in her autobiography The Prisoners’ Kid, replete with illuminating statistics and coping mechanisms for children and caregivers.

“I often go into prisons and share my personal experience, and I always ask the inmates, ‘Raise your hand if you had a parent incarcerated.’ Over 90% of them raise their hands,” she says. It’s not unusual to hear about two generations having committed the same crime – or stories of fathers and sons meeting for the first time in a decade because they wound up in the same prison. Hogan says she wants to “break that cycle.” She says, “My goal is to cease the program. I don’t want to have to be around, but I’m around because it’s a problem and we’re a solution to the problem.”

For more information on Pure Heart Foundation, to donate or get involved, visit pureheartcares.org.