Entrepreneur Billy Strawter Jr. purchased this magazine in April with a staunch commitment to amplifying the voices of Black Detroit.

Curiosity is a fundamental of journalism, and so it seems we’ve arranged the perfect marriage between BLAC Detroit magazine and entrepreneur Billy Strawter Jr. – who says, by his nature, “I’m curious. How can we take something, and how can we make it better? How can we grow things?” Undeterred by our current existence in the upside down, Billy purchased BLAC in late April guided by the philosophy that the community should lead and that the best idea always wins.

Born in Georgia to small-town parents and raised in Midland, Billy says he was bitten by the entrepreneurial bug early on. Today, among other ventures, he owns marketing agency MILO with offices here in Detroit, along with New York, Memphis, Houston and Chicago. 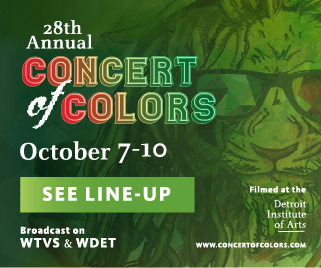 As a regular contributor turned associate editor turned senior editor, I’m just as anxious and excited as all of you to discover Billy’s vision for BLAC and help him actualize it. So, let’s go to work.

What attracted you to BLAC?

I always felt like the magazine itself was unique in the sense that, growing up in Midland, I had never seen a publication that was local for just an audience of African American people. And it’s one of those big dreams that you dream where in passing you say to someone, ‘Man it would be really cool to own BLAC.’

It’s one of those big dreams that you don’t ever see coming true, so when the opportunity presented itself, I wanted to figure out how to make it happen. Because it’s important to have that voice in the community, but there’s so much more we can do with it.

After weeks of talks, the sell was finalized in April amid a pandemic. Why go through with the purchase during the COVID crisis?

There is no other option. I don’t know what would’ve happened to BLAC. I’m sure it would’ve still been around, but my concern was that it may have been struggling already, and with the recent acquisition of Chicago Parent, (former publisher) Metro Parent’s time would be divided between those two entities – which would have left BLAC just sitting there fending for itself. And it just didn’t make sense to me to leave it in the hands of anyone else.

I moved here in 1996 from Midland, and when I moved here, I came from an area that’s not known for being a big city. And I was quite naïve when I moved to the area, and Detroit almost sent me packing. Detroit is amazing in that if you continue to embrace and love the city and its people, it will embrace you back – but it doesn’t make it easy on you. And I just had to keep moving forward, and that’s part of being an entrepreneur.

In the face of adversity, you don’t have a choice but to keep moving forward, because there’s no one that’s coming to rescue you. And so, that’s why when all of a sudden this came down, there was no way that I was going to abandon the sell. It was more important than ever to make sure that we carried BLAC into the future.

What’s one thing that BLAC has gotten right over the last 20-plus years?

There are so many things that BLAC has gotten right. The idea of 20 years ago starting a publication geared toward the African American parent, someone took a leap of faith in doing that. And having a mission of covering people, places and issues of importance to our community, that mission itself is so right. And I believe they’ve done an amazing job of capturing the stories and having difficult conversations, and it’s a solid foundation to build from.

Where have we dropped the ball?

If anywhere, it’s understanding how people interact and engage with content, and it’s expanding to be where the audience is. So, while BLAC is a magazine, there are certainly opportunities to engage and interact with an audience outside of those traditional channels.

How do you hope to modernize BLAC?

But before we can truly start making changes, we need to understand what’s worked in the past, what’s working now and even getting feedback from the community. What would they like to see? And not just making it about me and my vision but about the community.

How important will the community be as we move forward?

The community is everything. Without the community, this magazine doesn’t exist. It’s no reason for it other than to write about what we feel that we want to write about, and historically … our ancestors created their own publications to ensure that accurate and factual information was passed along to our community. And I see BLAC in the same vein of being able to document and celebrate our history, our culture, our wins and our losses, and understanding how to move forward. I’m struggling to put it into words, but to me, it’s everything. Having an outlet and a voice of our community for our people, it’s a tremendous responsibility that I don’t think any of us take lightly.

What role do you want BLAC to play in the local media landscape?

There are plenty of publications that do breaking news or ‘here’s what you need to know about what’s going in your community.’ But it’s not easy to find a publication that’s just celebrating art and culture. In talking about what happens day to day and breaking news, there’s a sense of urgency, and there can be sadness involved with it because so much of the news that we have coming out of our community is not always positive.

So being able to shine a light on positive stories – and the idea is to generate hope for a better today and a better tomorrow though life, arts and culture – is something that I want us to carry forward. There’re so many things happening not just downtown but in our communities.

I mean, Detroit is 142 square miles, and it’s made up of a number of different communities. You have community captains, you have people who live in the community who aren’t community captains but have taken it upon themselves to plant a garden or to work with the youth in their community, and we need to celebrate those stories and shine a light on them. 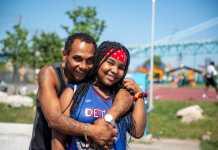 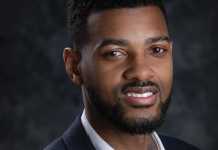 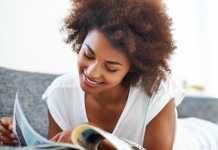