Detroit’s Queen of Blues talks barriers to access, her Kresge fellowship and the power of social media.

Less than 48 hours back from Berlin, Thornetta Davis agrees to meet us at Norma G’s in Jefferson Chalmers on a sunny afternoon in late October. Detroit’s Queen of Blues arrives fashionably late, but that’s understandable. Jetlag aside, a drip this strong takes time.

She’s covered in black sequins head-to-toe, from the tank down to the cowboy boots. A colorful beaded and embroidered floor-length shawl of sorts, designed for her by an English woman, drapes overtop and jibes perfectly with the equally vibrant Caribbean eatery.

As we prepare to chat, we’re interrupted by two
restaurant employees who apparently had no idea that when they came to work on
a would-be normal Thursday they’d find thee Thornetta Davis. The ladies swarm
and gush. One takes Davis’ hand and gives a little bow, closing her eyes and
shaking her head in the way that says more than words ever could.

As the fanfare settles, I notice that Davis is welling up. Husband James brings her a Norma G’s cocktail napkin to dab her eyes, and she tells me that she grew up in this neighborhood, so to get showered with that much love this close to home is especially hefty.

It’s an extraordinary moment when you consider that Davis has been singing professionally for over 30 years and still, humble as ever, a fan interaction has the power to make her weep. Her soulful voice, down-to-earth spirit and relatable songs have endeared her to audiences worldwide, but she’ll forever be a hometown sweetheart.

Davis’ most recent
album, Honest Woman, was released independently in 2016 to critical
acclaim, garnering eight Detroit Music Awards in 2017. In 2018, she was named a
Kresge Artist Fellow. As she finishes the last of the rum punch that owner
Lester Gouvia whipped up for her, and as backpack-slung kids walk past the front
window in steady waves, Davis and I talk an evolving industry, vibing with her
audience and singing the blues.

You’ve been at this for over three decades. How has
your work evolved from those first songs to what you do now?

I think, me being honest. Because I can’t even sing a
song if I don’t relate to it. So, I’m very honest in my music. I always say,
‘I’m telling my business, not yours.’ And I feel that people relate to the
things that I’m saying. The album Honest Woman took me 20 years. I had
been writing songs throughout the whole 20-year process. Between Sunday
Morning Music and Honest Woman, I released a covers CD, because I
was performing at this club on Wednesdays and it got to be a real hot spot –
Music Menu – and (I was) doing all cover tunes and everybody was like, ‘You
really need to record this’ and I did, and that did well for me. But I always
knew I needed to record another original album. When I turned 50, I went into
the studio and it still took me three years to finish (Honest Woman), but
I’m so thankful that I didn’t let somebody else produce me. A lot of songs on
this album were therapeutic for me. It got me over a really bad relationship,
and I feel like that’s the reason I was in that relationship: So I could write
these songs. God gave me something out of it. And then the last song that I
wrote was “Set Me Free,” and I was praying for God to just release me from my
fears, release me from all the negativity that I feel holds me back, and it’s
one of my favorite songs on the album.

It seems that with the rise of social media, signing
to a big label is no longer the golden ticket that it used to be. Independent
artists are making their own way and rules. What do you think of this shift?

I think it’s beautiful. I look at the young people and
you guys are busy taking care of business, going for what you want. People in
my age bracket, we were always told to ‘stay back there’ and ‘stay in your
place,’ and I wasn’t raised in a family that was really confident in
themselves. I had to bust through all those walls of being insecure and not
believing that I could do it, because I wanted to sing so badly. So, when
social media came about, I had to embrace it, too. I was trying not to do any
of it, but I knew if I wanted to stay in this game, I had to be a part of all
of this. So, I’m constantly on my phone, taking pictures, doing video, blah
blah blah. I’m still not doing it as much as a lot of folks out there are doing
it, which means I need to hire someone to do it, but that’s the part I can’t give
up.

When you take the stage, what are
you hoping to communicate to your audiences?

I want people to have fun. I want to uplift, I want to
bring some joy in people’s lives. I see people out there in the audience
sometimes, and the look on their face is like, ‘Mmm, prove something to me,’
then by the end of the night, they’re up dancing and singing. Some of them
don’t like blues but their friend dragged them along, but I tell them, ‘I don’t
just do blues, I mix in things like R&B and disco.’ I might throw a disco
in there just to see somebody get up and shake their butt. But I love
performing and making people happy. Some people come to me and say, ‘You made
me cry with that one.’ That’s emotion that you probably aren’t used to
expressing, and I love that. Sometimes, we got to get it out. So, whatever
emotion I can evoke that makes you feel better, I love that.

And I’d imagine that energy is reciprocal?

Yes! It comes right back. I
could be having a hard time and here I’ve got to go perform, but when I’m on
stage performing, whatever I had that made me feel bad that day goes right
away. I feel blessed to be able to do this and I feel God gave this to me –
it’s a mission.

What’s it been like for you navigating a mostly male
world as a woman?

Well, in the beginning, I was
told what to do and why. And that’s OK, because I didn’t know what to do and I
was willing to just stand back. When I’m in charge of doing things, I think
people respect you when they see that you mean business. They respect me as far
as I know, and if I’m not afraid to ask for what I want then I’m happy with
what I got. The genre of music that I’m in, right now, I’m finding some kind of
color barrier thing going on. Coming up from the South, back in the day, black
folks didn’t want to do anything with blues music. It reminded them too much of
hard times, so we put it down. And then white folks fell in love with it and
picked it up. When I go down to the blues conferences – down in Memphis is
where they hold all that stuff – they actually asked me and several other black
people to get up and talk about that. So, they’re trying to pull it together
down there and the festivals are listening to us and seeing what we’re saying.
It’s like, we’re trying to come together, and I think that’s what music does:
It brings us back together. Now I want to bust into that country scene.

You were a Kresge Artist Fellow in 2018. What did that
recognition mean to you?

Oh, my God, to be recognized by
Kresge Arts and in my hometown, my city, it was a blessing. And the money was
good, too. I bought my tour bus. It came right on time, because at the time we
bought the van, I started getting these gigs all over, so we all just jump in
the van, head to our gig. Thank you, Kresge.

You released Honest Woman in 2016. Are you working on
a new project?

Not right now, physically. I’m writing in my head,
thinking about who I want on the next record and reaching out to different
artists and saying, ‘Hey, I’d love to work with you on the next record.’ Some
of them go, ‘Oh, that sounds great,’ but, you know, I’ve heard that before, so
I’m willing to go to their city, knock on their door and say, ‘Look, man, I’m
here.’ But I’m not afraid and I’m not worried, because it took me 20 years for
this one and I’m in no hurry, honestly. This other CD is gonna be even bigger,
I feel, and it’s gonna come right on time.

What has Detroit taught you about singing the blues?

Detroit is the blues, you know.
We go through it, up and down, we been through it. If we can survive all of the
years of the mess that I’ve seen in my life in Detroit… I remember when
downtown was vibrant as a child, and I remember when it was desolate. You
wouldn’t want to be caught down there at night. And now it’s back again –
that’s the blues. So, being a part of the blues in the city of Detroit just
feels natural to me, to my core. And I feel like God gave me this – it’s a
gift. We all go through it, and life gives you the blues. 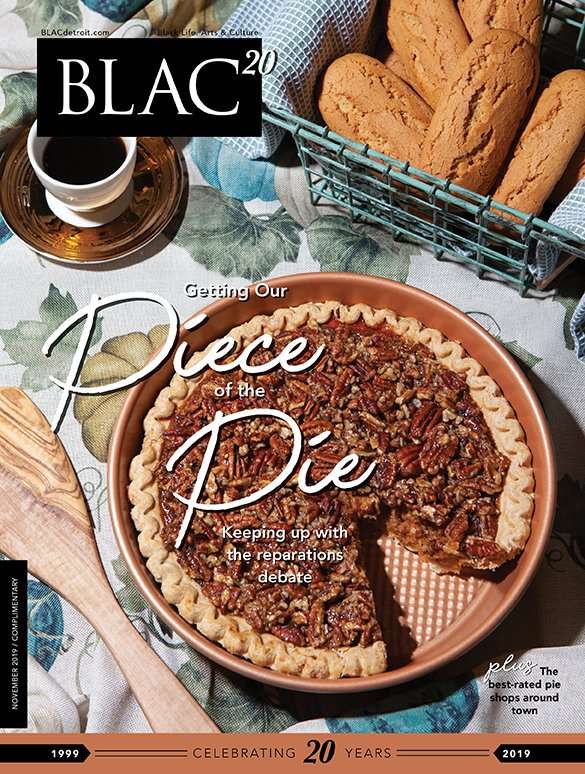