We may be magical and all that – but we’re still human. 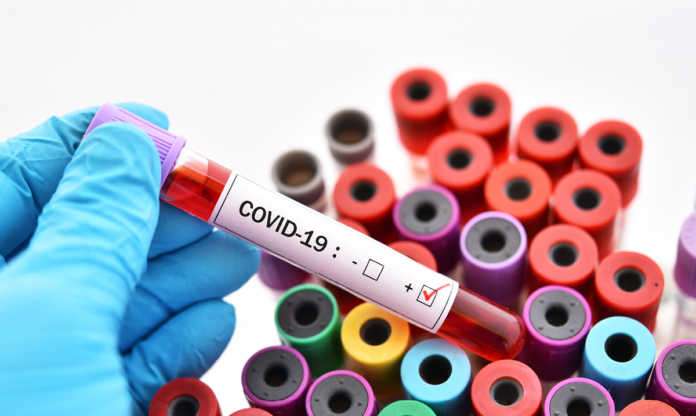 Whenever there is a mass shooting, the Black community holds its breath until we know the race of the shooter. Nine times out of ten, we also let out a collective sigh of relief – mass shooters are overwhelmingly white and male. The same goes when there’s any kind of national crisis. The first thing we do is riffle through the details for any sign that Black people were unfairly targeted, disproportionately impacted or unjustly implicated.

That’s why many of us have noted that Blacks have been missing from the reports about the coronavirus. For most of us, that means that our interests are probably being overlooked and underrepresented (as usual). But for many conspiracy theorists, the absence of Black victims has fueled a dangerous leap of logic: You don’t see Black people in the reports because Black people are immune to COVID-19.

Listen folks, unless you were born in Wakanda and raised on vibranium, don’t believe the hype. You are not invincible from pandemics by virtue of your melanin. If you are holding on to the belief that your Black card is a virus repellant, think about how African Americans fared in other pandemics. The 1918 Spanish flu was the worst pandemic of the 20thcentury, infecting a third of the worldwide population (an estimated 50 to 100 million people). In the United States, it killed 675,000 Americans.

But in the thick of the epidemic, observers noticed a strange thing. The white community suffered a much higher mortality rate than did the Black community. There were people who attributed the lower rates of infections and deaths in the Black community to something special about Black physiology, but researchers still are unsure what accounted for the difference. A much more likely explanation was the structure of American society – not the structure of Black people’s noses.

According to a report by the National Institutes of Health: “Segregation cannot be discounted as a factor,” reported the NIH in 2010. “It may have functioned as a de facto quarantine that limited the exposure of African Americans to influenza.” In other words, our bodies didn’t save us. Our DNA didn’t save us. The fact that racism limited our contact with whites may have slowed the spread of the disease in Black communities. Our savior may have been Jim Crow.

African Americans have done worse than whites when comes to the HIV/AIDS pandemic, which started in 1981 and continues today. The World Health Organization reports that since the beginning of the HIV epidemic, 75 million people have been infected with HIV and about 32 million people have died of AIDS. Globally, about 37.9 million people were living with HIV at the end of 2018.

Here at home, Blacks account for more people living with HIV than any other racial group – an estimated 468,800 of the more than 1.1 million people living with HIV in the U.S. We have the highest rate of new HIV diagnoses, about eight times that of whites. We accounted for close to half (43%) of deaths among people with an HIV diagnosis in 2016. Survival after an AIDS diagnosis is lower for Blacks than for most other racial/ethnic groups. Bottom line, Blacks have had the highest death rate due to HIV disease throughout most of the epidemic.

We haven’t been invincible to pandemics in the past, and we aren’t now. The World Health Organization reports more the 100 cases of coronavirus across 11 African nations as of March 11. Egypt is leading with 59 cases, followed by Algeria with 20. Nigeria, Africa’s most populous country, has acted swiftly even though only two cases have surfaced there. “We successfully managed Ebola,” the director of the Nigeria Centre for Disease Control told CNN. “We have a strong team that is used to doing this.” Oh yeah, Ebola. How soon we forget.

While African Americans may have good reason to mistrust the medical establishment, it is irresponsible to put our faith in the magical Negro theory instead. Our immunity from this pandemic will only come from hearing science-based recommendations and following them. Our community’s safety is in your hands. And speaking of hands, make sure you wash them.