The status quo has been done away with across industries, including fashion. Creatives and consumers are calling for a long-overdue makeover – and equity paired with inclusion is what’s on trend. 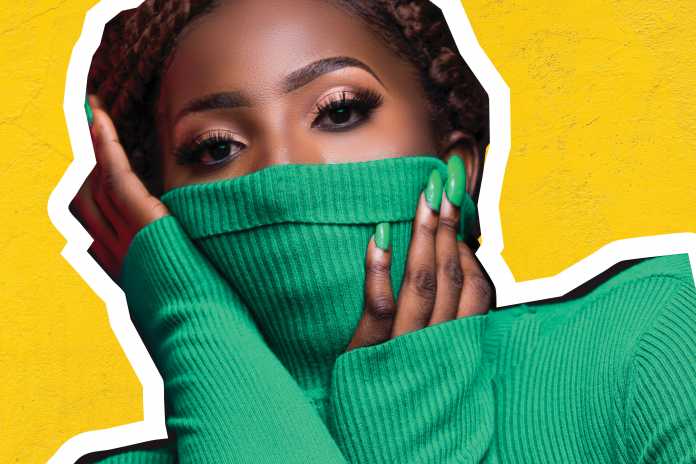 Watch a classic movie or peer at an old photograph and it’s easy to make a quick connection from the clothes to the era to the zeitgeist. Beaded shifts and lengthy strings of pearls. That’s the roaring ‘20s, prohibition and the Harlem Renaissance. Circle skirts and penny loafers. That’s the ‘50s, civil rights and desperate housewives. Shoulder pads and Lycra leggings. That’s the ‘80s, the boom of Wall Street and the birth of hip-hop.

We tell the story of who we are in our clothes. Take those loose-fitting, easy dresses of the 1920s, for instance. They, and the cropped hair worn with, were echoes of a decade that brought with it newfound freedom, kicked off by women winning the vote. No, being harnessed at the waist won’t do if I’m to be able to groove to this jazz and move unrestrained through this quicker world.

That was our first modern attempt at redefining femininity, and, 100 years later, the fashion of the 2020s is positioned to be about reimagining inclusion. The pressure had been building for years with most of the buzz hovering around the industry’s message on beauty. Terms like “body positivity” have entered our lexicon, and Black Twitter is quick on the draw if ever the melanin feels lacking – or isn’t being lit properly.

Post the recent racial uprising, though, the ante has been upped. No longer are we comfortable with gatekeepers and the idea that fashion is but only for some. As mimicked across industries, it’s a breaking of the ceiling we’re after, real power reflective of the real influence that we bring. Forgive my editorializing here, but let’s be frank: Black folks make shit cool.

When asked whether she’s surprised to see that the Black Lives Matter movement has bled into fashion, Roslyn Karamoko, owner of Détroit is the New Black, answers succinctly. “Not at all,” she says. “I think that fashion is reflective of society at large. It’s generally an expression of what’s happening in our world culturally.” We’re seeing luxury fashion houses partner with independent designers and streetwear brands, consumers are sniffing out Black-owned labels first and the industry, at least for now, seems committed to uplifting creatives of color.

Karamoko says she suspects some of “that hype will eventually die down, unfortunately.” No matter. “It’s still an opportunity for us, in this season, to really build strong business and identify those people that are in it for the long haul,” she says. This is when we’ll really start to see who’s got style and forethought past the trend.

The CFDA/Vogue Fashion Fund was established in 2003 to buoy emerging American designers during the economic decline that followed the 2001 recession, and they’ve made some key pivots in light of our most recent crises and to address structural racism. Last spring, the Fashion Fund launched A Common Thread, a storytelling and fundraising initiative that raised more than $5 million to help companies affected by the pandemic, with $1 million being funneled toward Black- and person of color-owned brands, specifically.

Recipients included LaQuan Smith and his super sexy designs that treat skin as a supplemental material; Telfar, the recipient of the Fashion Fund’s $400,000 grand prize in 2017 and whose catch-all tote bags have garnered a cult following on the east coast; and Aurora James’ Brother Vellies, which leans into of-the-earth colors and natural animal skins. James is also the brains behind the 15 Perfect Pledge, imploring retailers to commit 15% of shelf space to Black brands.

James will also serve on the latest CFDA/Vogue Fashion Fund panel of judges alongside Vogue Editor-in-Chief Anna Wintour, designer Tom Ford and others. In years past, of the 10 finalists, the panel has selected three winners. For 2021, the Fashion Fund has announced that each of the 10 finalists will be awarded money. It was also announced that the CFDA would be launching Impact, a talent directory and job platform specifically for Black, Indigenous and people of color fashion creatives. They’ll be able to post their resumes and work for companies looking to fill open positions.

“Kudos to them,” Karamoko says about these new changes. “Those efforts are really important from the large platforms that are essentially introducing the next wave of designers into American culture.” Karamoko certainly understands the importance of supporting budding fashion designers. In collaboration with the Boys & Girls Clubs of Southeastern Michigan, Détroit is the New Black has been hosting the Industry Club, a youth-led incubator of sorts that teaches area high school students the ins and outs of the fashion business. Two days a week since fall, they’ve been coming to DITNB on Woodward for hands-on experience, learning everything from design to merchandizing to branding.

This first cohort of kids released their first collection in February, dubbed the Reimagine Black Wallstreet Collection. A line of mostly T-shirts and hoodies, emblazoned with phrases like Unapologetically Black and In Pursuit of True Freedom, is meant to offer a commentary on social justice and race relations in America. The next cohort is set to start work this spring on a sports-focused collection that, Karamoko says, will launch this summer at select Footlocker stores.

“As you think about COVID and even the future of brick-and-mortar retail, you know, it is about experience but it is also about thinking about the space beyond retail. How do you use the space as an inclusive environment and as one that is built around the community? For us to be able to invite them in to see the bones of retail and how they might be able to build their businesses is really exciting,” she says.

They’re also continuing an accelerator in partnership with Pure Michigan where local brands are invited into the space. That program is a couple years old, and some brands have gone on to become rental partners, Karamoko says. “It’s been quite successful. It’s very important as an entrepreneur, as a small business owner, to make sure you’re sowing that back into the community that ultimately has supported you.”

Of late, we’ve also seen luxury brands link arms with independent brands, streetwear designers and culturally relevant names. Of course, we remember the deal that Dapper Dan inked with Gucci in 2017 that made headlines. In a truly beautiful display of irony, the partnership produced a collection of accessories and ready-to-wear pieces that evoked the spirit of the streetwear for which Dan had become famous in the ‘90s, but that also got him into trouble for ripping off the trademarks of Gucci and other brands.

But then, in February 2019, the Italian fashion house was embroiled in controversy when photos of what can only be described as a blackface sweater for sale on its website made the rounds on social media. Yikes. Still, Gucci seems committed to doing better. That misstep led to creative director Alessandro Michele famously flying from Italy to Harlem purportedly with the sole purpose of sitting down with Dan himself.

More recently and closer to home, Gucci has partnered with Tommey Walker and his DETROIT VS EVERYBODY brand on a line of T-shirts meant to celebrate each of Gucci’s 11 “changemaker cities.” The Gucci Changemakers of North America Scholarship Programs awards grants between $10,000 and $50,000 to community-based organizations in 11 cities to foster opportunity in communities of color, including Detroit.

Attempts to pin Walker down for direct comment were unsuccessful, but, to the Detroit News in March, he said, “I’m really proud of the collab and even more humbled that the project supports change-making philanthropy at the grassroots level, where it is needed the most.”

We can’t talk about inclusion without also talking about the models. As the demand for broader representation behind the scenes has grown, so too has our desire to see a variety of skin tones, hair types and body shapes pedestaled. The industry seems to be responding in kind. Even Victoria’s Secret, who seemed committed to fight to the bitter end, now regularly features lusciously full-figured models on its social media platforms and in its ad campaigns.

Scroll IMG Models’ website homepage and you may be struck, as I was, to find that the majority of the models featured are Black. At the time of this writing, I spotted snaps of Georgia Palmer for French Vogue, Alek Wek for Purple and curve model Precious Lee for V magazine, among other highlights. Those of you who perhaps haven’t had a fashion photograph give you goosebumps may not know, but IMG Models is one of the most notable modeling agencies in the world. With offices in New York, Los Angeles, Paris, London, Milan and Sydney, they represent some of the industry’s biggest names, from Jourdan Dunn to Ashley Graham to Chanel Iman.

About that website: A Black Lives Matter reaction, you might think, but New York City-based manager Charles Short says not so fast. “IMG Models, in particular, we’ve been the vanguards and on the forefront of so many of the changes that people are now starting to sort of charter,” he says. “You know, we’ve been representing models of color forever. We were one of the first agencies to really push, in a wholehearted way, curve models, both male and females.”

Of course across the industry this diversity wasn’t always the way of things – especially with regard to Black models. “When I first got into the business, I mean, you could be a Black model, but you had to have very Caucasian features, your skin had to be on the lighter side – as you know – you had to wear your hair relaxed or at least blown out to the point that it was pin straight, and sort of be a girl of color but have a Caucasian sort of essence about you.”

Following her powerful inauguration poem, IMG announced that they’d also be representing Amanda Gorman under their talent division, and also second stepdaughter (right?) Ella Emhoff. Short couldn’t speak on the ladies specifically but on the importance of the agency keeping its ear to the street and responding to the chatter, he says, “We always have our antenna up. We’re always looking for that fresh, new, authentic voice.” Even the idea of models being encouraged to have a voice and use it is a fairly new concept, one that we can likely credit, at least in part, to the rise of social media and speaks to the industry’s evolution across the board.

So, how do Black fashion brands, especially, take advantage of this season? Karamoko says figure out distribution by identifying possible retail partners and access funding in the forms of grants, loans, special programs and the like – “which has been a long-term struggle for Black businesses.” The ultimate goal is independent sustainability and, eventually, seamless inclusion. She says, “Our place is the same as any other American designer.” 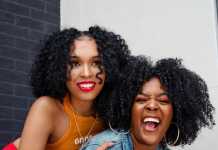 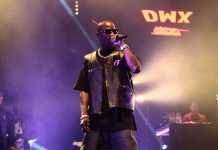