Amid the tumult of the last several months, we’re forced to consider an important question: Where to next? The status quo is no longer safe. In the last installment of our three-part series ‘Evolution,’ we consider the power of position and of the almighty dollar. 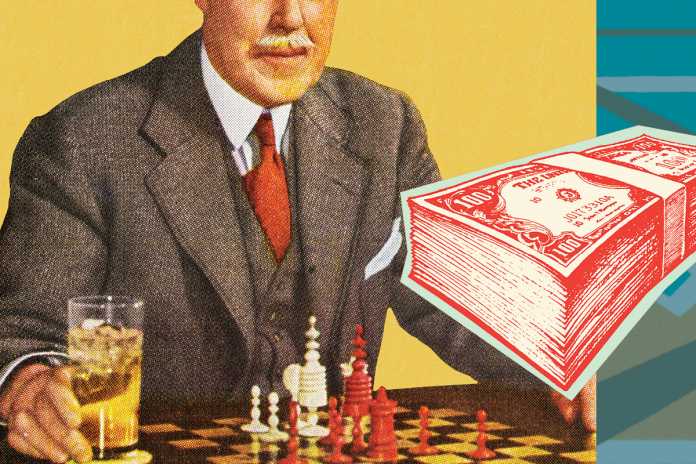 When someone suggests that the problem with Black people is simply a lack of the gusto required to pull oneself up by one’s bootstraps, it’s a borderline surreal experience. Need we remind that our boots are two sizes too small and missing a left sole? To ignore institutional racism and a lopsided America divided along racial lines takes a healthy portion of willful ignorance.

An oppressive criminal justice system, a maternal mortality rate that rivals those of third-world nations, an education structure that discards Black boys and girls – we got a lot to be mad about. To say the system is broken is to suggest a malfunction or some sort of accident, but no, it’s operating as it was designed. And we haven’t had a ton of luck appealing for understanding and sympathy from the engineers of these institutions. Can we blame them, really?

Honestly, on game night, how much attention do we grant to the whines of the poor bastard who’s been forced to sell his lot of properties and all but two of his houses, and is trying like hell to subsist on 20 bucks and a Get Out of Jail Free card? Tell it to the banker, buddy.

In the land of life-sized race cars and top hats, the rules aren’t much different. Money talks and power moves. We can furrow our brows and stomp our feet as much as we’d like, but for real, sustainable change, we must get in the game, figure a way to leverage our potential, pad our bank accounts and scoot obnoxiously up to the tables where the decisions are being made.

White privilege, sure, but don’t underestimate wealth privilege. Doubtful that any of us need to be sold on the power of money. Money, like sleep, is a beautiful thing. It affords superior education and opportunity and health care – and criminal defenses. But most precious, wealth affords freedom to maneuver.

Anyone who’s ever worked an awful job just to get by, one that forced you to sell pieces of your soul in exchange for pieces of pizza, can attest to how much mental and emotional space financial insecurity takes up. And the impact of generational wealth, something Black America has had a tough time creating due to redlining and the like, can’t be overstated.

“When you look at systems, when you look at inequities, so much of this exists along racial lines. It’s a reflection of racist policies, racist systems that have had both intentional and unintentional consequences,” says Ashley Williams Clark, director of Detroit Future City’s Center for Equity, Engagement and Research.

Among the center’s goals is to engage corporations, investors, policymakers and civic leaders to promote equity. Simultaneously, DFC and the center are working to establish a common definition of “equity” to be shared between stakeholders and policymakers.

Williams Clark says, “We need to all be operating from a common place of understanding of what that means and have this common guidepost that we can work toward. If I say, ‘Let’s work on economic equity,’ that could be totally different for different people.”

She says, since the center’s advent early this year, they’ve engaged over 100 representatives of various sectors – from philanthropy to corporate – to figure out what economic equity means to them and what it will look like in Detroit, a majority-Black city. A call-to-action report is scheduled for release in October.

COVID coupled with the Black Lives Matter movement has spotlighted and exacerbated disparities that have always existed – and created new ones. The shitshow of the last several months has also served to put pressure on industries to center Black people and the Black experience in tangible ways.

“Buy Black” lists and articles have dominated the editorial calendars of mainstream publications from Cosmo to Buzzfeed. After George Floyd was killed, in early June, traffic increased to BLAC’s own Black-owned small business webpage by over 1,000%.

We’ve seen plenty of empty symbolism and performative art, too, but the thespians are slowly being weeded out to make room for those with real intention. Designer Aurora James was the subject of one of Vogue’s two artistic covers commissioned for the fashion magazine’s September issue, painted by Jordan Casteel.

James has made headlines for her 15 Percent Pledge, urging major retailers to commit 15% of their shelf space to Black-owned products to reflect that Black Americans make up roughly 15% of the U.S. population. Sephora, West Elm and Rent the Runway are among the brands who have signed on.

Citi announced toward the end of September that they’re funneling more than $1 billion into helping to narrow America’s racial wealth gap. Of that billion, the bank will spend $550 million to help more people of color purchase homes and support affordable housing built by minority developers, reports CNN.

And about $350 million will be dedicated to procurement by Black-owned business suppliers. Citigroup CEO Michael Corbat said in a written statement, “This is a moment to stand up and be counted, and Citi is committed to leading the way and investing in communities of color to build wealth and strong financial futures.”

Pre-protests, the importance of Black folks having their own has always been apt to come up in shop talk. Lately, any youth-centered or after-school program worth its weight has some sort of entrepreneurship focus. And Black women are starting businesses faster than any other racial group, according to a 2019 report by American Express.

According to PitchBook, a Seattle-based financial data and software company, of the U.S. venture capital that goes out, startups founded solely by women got just 2% of that, with Black women-owned firms earning just a tiny fraction of that.

The Paycheck Protection Program rolled out in the wake of widespread COVID-reactionary shutdowns was meant to act as a respirator for flailing small businesses, allowing them to apply for loans to keep workers on payroll. For the businesses and employs who managed to get a piece of that half-trillion-dollar pie, it was, I’m sure, the life-saving measure it was meant to be.

In July, The New York Times reported a study conducted by a Washington, D.C.-area nonprofit which seems to suggest that Black borrowers were treated worse when visiting bank branches and had a harder time than white business owners securing PPP loans.

Because the government didn’t begin collecting data on the race of loan recipients at the outset and disclosing race was optional during the application process, the Times notes, concrete numbers on a possible disparity can’t be determined at this time.

We do know that, now more than ever, representation matters. Most of the recent racially charged incidents that have flooded headlines and timelines have been less malicious hate and more cluelessness. I doubt that anyone at H&M said, “Hey, let’s put the little Black boy in the ‘Coolest monkey in the jungle’ shirt, because, you know …”

But, clearly there was no one in the room with the cultural acumen to spot the problem. Social snafus aside, getting our people into positions of influence and policy is key to Black America being represented in the spaces where decisions about our lives and livelihoods are made.

In September, the Times released a breakdown of the 922 most powerful people in America – politicians, law enforcers, the Trump administration, heads of top universities, studio executives, military chiefs and others – and found that only 180 identify as a person of color. (Fun fact: Detroit Police Chief James Craig made the list.) So, 80% of the people controlling our way of life, essentially, are white while about 40% of us identify as Black, Asian, Hispanic or Native American.

Detroit Future City released its Growing Detroit’s African-American Middle Class report in February. As the name suggests, it’s a 68-page plan to grow and sustain Detroit’s Black middle class. DFC defines a middle-class household as one having an annual income between $46,100 and $115,300.

The organization’s data found that, “Currently, 25% of Detroit’s households can be considered middle class. This compares to 38% in the larger metro Detroit region. To bring Detroit’s share of middle-class households in line with the regional share, an additional 33,800 middle-class of all races would be needed.”

DFC contends that, “To ensure that Detroit is growing equitably, it is important that the share of middle-class African Americans is brought in line with that of the region, as well.” That would mean adding 27,700 Black middle-class households.

Center for Equity, Engagement and Research director Williams Clark says this sort of data gathering is crucial: “It’s a way for us to hold us, as a community, accountable. So, it’s an opportunity to say, all right, if we put this report out, when we go back and look at these numbers, are we making a dent in these areas?”

A quote has been floating around social media. I wish I could attribute it to its original author, but it goes something like, “Don’t use racism as an excuse not to be successful.” But then to those of us who manage to smash through the glass ceiling: “Don’t use your success as an excuse to ignore racism.” 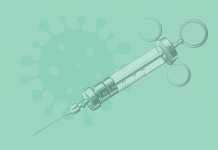