Passed down from our ancient foremothers, “mother wit” is where practicality meets spirituality. 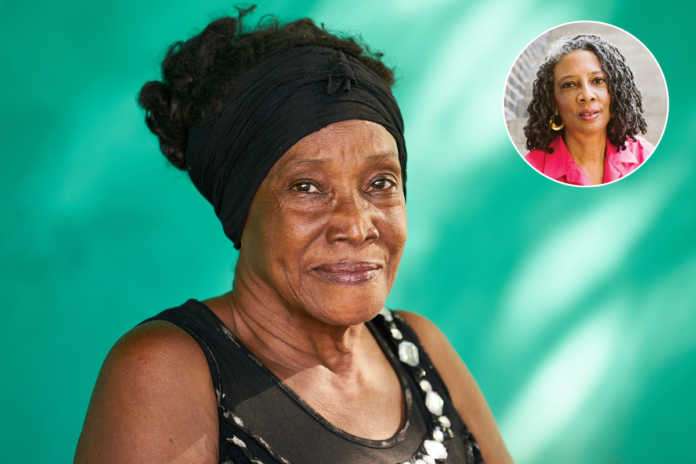 On this Mother’s Day, I’m missing the wise women in my family. My grandmothers are gone, and my 86-year-old mother is disappearing behind the veil of Alzheimer’s. But now more than ever, I find myself leaning on their mother wit.

Mother wit is the ancestral wisdom of the women in our community. Researcher Camille Wilson Cooper defined it as “wisdom especially revered by African American slaves because it guided, informed and inspired oppressed African American families and communities to persevere amidst the grueling physical, social and political conditions imposed by slaveholders.” Cooper explains that, in a world where Black women were our midwives, healers and teachers, mother wit supplanted the knowledge and services denied our community by Jim Crow.

In 1942, my grandmother Bettie and grandfather Junious were still raising two of their five children – including my mom. Their farming community in central Virginia hadn’t recovered from the Great Depression when the United States entered World War II. The government called upon Americans to sacrifice for the war effort, but for my grandparents, more sacrifice was hard to fathom.

Jobs were scarce and health care was practically nonexistent. Bettie tried to take in more laundry. Junious got a public works job building highways. The work kept him away from home, working grueling hours in punishing heat, breathing in dust and fumes.

It wasn’t long before he started coughing and wouldn’t stop. One night, Bettie had a dream. Her mother came to her and told her to separate the kids from their father, feed him from separate dishes and soak everything in bleach. Bettie would often ignore her own needs, but she would never ignore her mother wit. She followed her “right mind,” and set up a regimen that separated her children from their father as much as possible.

When my grandfather’s cough didn’t improve, a visiting nurse arrived to check on him. Junious didn’t have bronchitis or a cold; it was tuberculosis. He’d contracted it at the tail end of a now-forgotten epidemic that was especially cruel to African Americans.

Between 1870 and 1910, TB was the single greatest cause of death in the United States, claiming an estimated 3 to 4 million victims. As is the American way, the poor and people of color disproportionately bore the brunt of those deaths.

There was little that could be done to help Junious. An antibiotic treatment for TB wouldn’t be available until a year later, in 1943. The best treatment regimen was quarantine in a sanatorium where emphasis was put on rest and fresh air. But even that simple option was closed to him. In those days, Virginia had three sanatoria with a total of 750 beds, 670 of those for white patients only.

There was only one sanatorium that accepted Blacks. It had 80 beds and was critically understaffed due to the war. So, the health department delivered a wooden hut to my grandparents’ house, and Junious was quarantined in his own backyard like the family pet.

At 8 years old, my mother remembered being afraid to go to the outhouse because her father’s cough sounded like a monster. At night, Junious spoke to Bettie through an open window. Often, the children heard him begging her to let him in the house, but she insisted on his quarantine.

Sinking in illness, humiliating isolation and despair, he eventually killed himself. Bettie was not able to save her husband’s life, but health workers assured her that the early isolation of her children probably saved theirs.

As of this writing, Black mothers once again live with their families in quarantine. Many are cut off from resources and access to food basics, uncertain about how the rent will be paid. Some are low-paid, essential workers forced to serve others while threatening their own safety. But, in some ways, generations of mother wit have prepared us for this moment.

When experts tell us to use bleach to sanitize our homes, we cock our heads sideways and ask, “When did we stop?” Like my grandmother, mother and me, we have always put bleach in the dishwater, used pine cleaners to sanitize the kitchen, kept white vinegar on hand as a cheap disinfectant, let Comet sit on porcelain to do its magic and asked that repetitive maternal question: “Did you wash your hands?”

Maya Angelou is credited with saying, “Listen carefully to what country people call mother wit. In those homely sayings are couched collective wisdom of generations.” Our mothers have always used love as a shield, and cleanliness as a sword. On this Mother’s Day, follow the common sense of the generations before us. It’s how we’ve always survived.