Written by Imani Mixon and directed by Margot Bowman, 'Showing Up Showing Out' considers the legacy and impact of Motown. 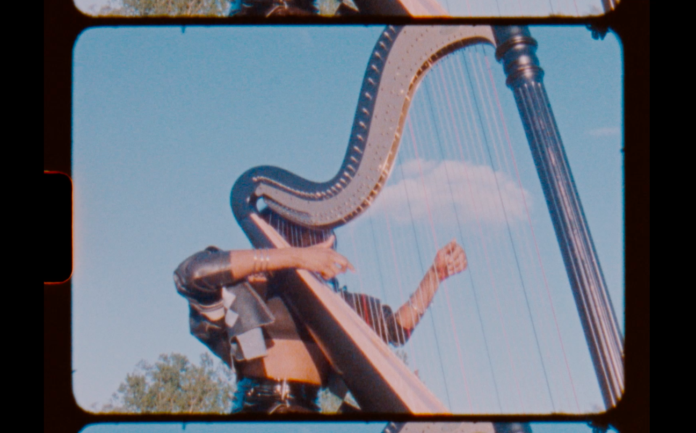 The recently released short film Showing Up Showing Out celebrates Motown’s 60th and the sound that has helped to reshape American culture. Written by Imani Mixon and directed by Margot Bowman in collaboration with Carhartt WIP, the documentary is a love letter to Detroit and to that unique Motown sound.

“The Carhartt team reached out for help with a project for Motown legacy. (They were) looking for women and queer artists. I got the brief and was like, ‘No way you can do this without working with someone from Detroit,’” Bowman says. The London-born, New York-based filmmaker needed a writer.

A mutual friend introduced Bowman to Detroit-based and embraced writer Mixon – the two hit it off and came together for this project. Featuring commentary by Martha Reeves, Mixon says the purpose of Showing Up Showing Out was to showcase local musicians and how they’ve been inspired by Motown. The film connects the history of Motown to present day and peeks into the future.

“I think, in general, there’s a very particular narrative about Detroit,” Mixon says. “For us to do the 60thanniversary of Motown, we needed to fast-forward to now, showcasing those freeing, independent, ambitious spirits that we have now. For a very long time Detroiters have been told to go elsewhere or to look to other cities for example, but we have such a rich city to look at right here.”

As Mixon brought the storytelling, Bowman brought her artistic eye to the project, delivering an old-school look and vibe. “It should be beautiful,” Bowman says, “like when you look at all those Motown covers, it was just so inspiring. You look at those pics. It’s just powerful and beautiful, and we were super inspired by that. I wanted it to look like a music video, not a documentary.” The film has been screened all over the world to great reception, sparking a curiosity and intrigue about Detroit, Bowman says. “It portrayed a vibrant, rich cultural ecosystem when they watch it.”

Showing Up Showing Outis more than a title – it’s a call to action. Mixon says, “There’s this idea that you show up as your full self, whole self wherever you go. Represent yourself, community, experience and everything you did as best you can no matter where you are. It really is about creative independence, freedom, beauty and how you can still struggle but have those other things surround as well.” On the future of Detroit sound, Mixon says, “It will be interesting to see if the music we care about now is going to be the music we care about 50 years from now in the same way people still care about Motown.”

Watch the full film below: