These black podcasts have snagged a piece of the radio pie. 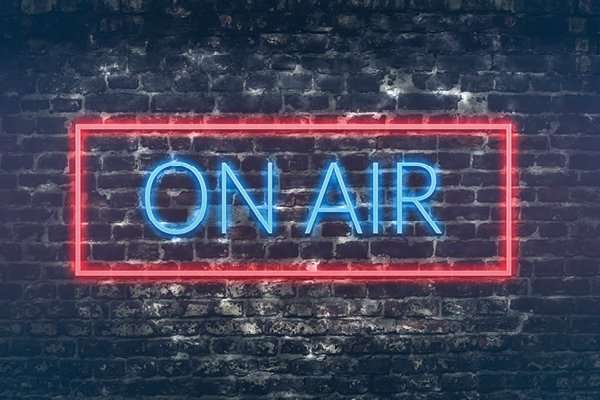 Some claim that radio is dead.

There’s some truth to this if you allow that the landscape as it was during the ‘60s through the early ‘90s had a robust structure, which ceased to function properly by the early 2000s. The radio DJ seemed to fade, replaced by homogenized playlists.

Media conglomerate Clear Channel cleared the airwaves of any innovation or artistic risks – seemingly depriving audiences of the pure discovery of something shiny and distinct. You could argue that the best conversations and the most innovative playlists were reserved for public radio and local college stations, but also, under this environment, almost as an equal and opposite reaction, the podcast emerged.

If the culture has shifted from a live-listening perch, the play-on-demand model is contemporary because it fits in with how we consume our entertainment and news: on-the-go and on our own time. Radio lives in a different form today, so let’s call it evolved.

Comedian Amanda Seales hosts this weekly podcast during which she “drops gems” about how to deal with the stuff that can slowly gnaw away at our sanity if we let it. Each episode is titled “Side Effects of…” Fill in the blank: social media, narcissism, addiction. Seales recently invited hip-hop pioneer Fab 5 Freddie to discuss the vilifying of black and brown cannabis users. Some episodes require you to check the people and systems around you, and in others, you may be made to check yourself, but each are delivered in Seales’ signature blunt but funny realness.

Hosted by metro Detroit native, Calvin Moore, Leading Questions dives into topical issues affecting black people in and around the city, as well the relevant national news you’d expect. According to Moore’s website, “with the rise of new media, he noticed the degradation of dialogue between disparate viewpoints, which led to the creation of this program.”

If you’ve ever wanted to really get behind-the-scenes and inside the creative mind, this podcast takes you there. It’s hosted by Elvis Mitchell, who’s written for the Detroit Free Press, LA Weekly and the New York Times. Plus, he’s good on any block. Mitchell was born in Highland Park and graduated from Wayne State University. And he’s friends with Quentin Tarantino. That’s a cool combination. Deep, intimate conversations on making art.

Larry Wilmore: Black on the Air

This guy’s comedy stylings are arguably an acquired taste (remember the 2016 White House Correspondents’ Dinner where he called Obama “my nigga”?), but the former host of Comedy Central’s The Nightly Show with Larry Wilmore – and a former writer on The Bernie Mack Show – brings a relevancy to his take on the current political and entertainment news.

This podcast produced by the New York Times, seems to be a winner. Wesley Morris and Jenna Wortham bring a strong comradery to their popular podcast. The episode “Reality” digs deeper into how bio pics twist history and talks about some of the controversy surrounding the Oscar-winning movie Green Book. Still Processing has the advantage of a multi-gendered view on issues of importance. It’s the kind of podcast you might recommend to your white friend. Go ahead. They’ll thank you for it.

You want to step inside something new? Titi and Zakiya are a potent combination, down to the molecular level. Seriously. Titi’s a scientist and engineer. Zakiya’s a molecular biologist and academic. They were selected by Spotify (among eight other women of color) to receive $10,000 to produce a podcast. You never know what they’re going to talk about next, but it’s always funny, informed and relevant to black folk.

If that title doesn’t make you want to listen it ought to. Plus, they’re black Canadians living in America. Go figure. These “guys” are bringing some serious conscious thought into the financial literacy space. Even more, they provide the goods on how to be successful in life, while making your money work for you.

OK, technically, this isn’t a “black” podcast, but it features a black man working in film, television and comics – Marc Bernardun. Although Kevin Smith (director of Clerks and the forthcoming Jay and Silent Bob Reboot) is the “brand name,” for us, Bernardun, as co-host, is the one you want to hear because he tends to view pop cultural news through the expansive range of the African-American lens. For those of us into pop culture, this should be one of your first stops.