Cozy up with one of these books penned by Black women authors, including one Michigander. 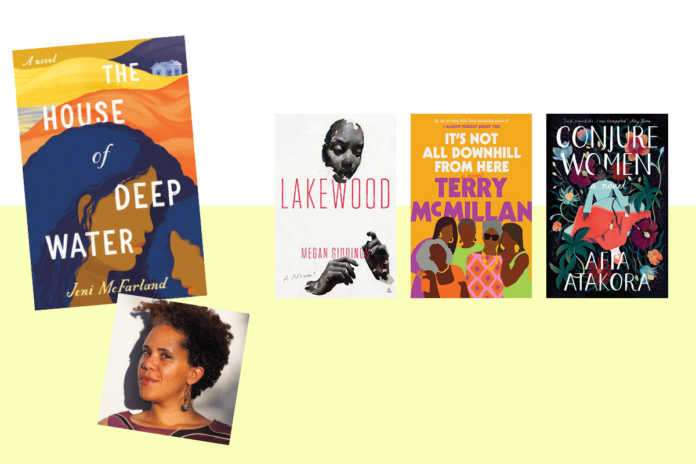 Biracial Beth Dewitt has just moved from North Carolina back home to fictional River Bend, Michigan following a divorce and the loss of her job. Beth hopes to stay with her white father while she tries to get her life back on track, but he’s living with 32-year-old Linda, pregnant and recently removed from a bad marriage in Texas.

Linda’s mom Paula, who abandoned Linda and her sisters, has also just arrived to town. Complex connections among the trio cause emotions to bubble over and tempers to flare, fueled by scandal, grudges and unhealed wounds.

Also examining race and class and set in Michigan, this debut from Megan Giddings peeks inside the terrifying world of medical experimentation. When Lena Johnson’s beloved grandmother dies and the extent of her family’s debt is revealed, she drops out of college and takes a job working in a mysterious and confidential research program. Lena is told that the advancements made at Lakewood could make medical history and change the world, but the consequences for the test subjects could be devastating.

It’s Not All Downhill from Here – Terry McMillan

From the beloved author of bestsellers turned ’90s Black classics like How Stella Got Her Groove Back and Waiting to Exhale comes a new novel from Terry McMillan for the gray and sexy. Loretha Curry pooh-poohs any ominous ideas about what it means to grow old.

About to be 68, Loretha has it all: a beauty empire, a gaggle of lifelong friends and a husband who still makes her weak. But when an unexpected loss turns her world upside, she must summon all her strength and resources – including those girlfriends – to keep on keeping on.

Set in the South and spanning generations before and after the Civil War, this first novel from Afia Atakora follows the lives of three women: Miss May Belle, a healing woman; her precocious and strong-willed daughter Rue; and their master’s daughter Varina. The secrets that bond these women, to each other and to their community, come to a head at the start of the war and with the birth of a cursed child.