The Ghanaian-born artist pulls his international travel into his work. 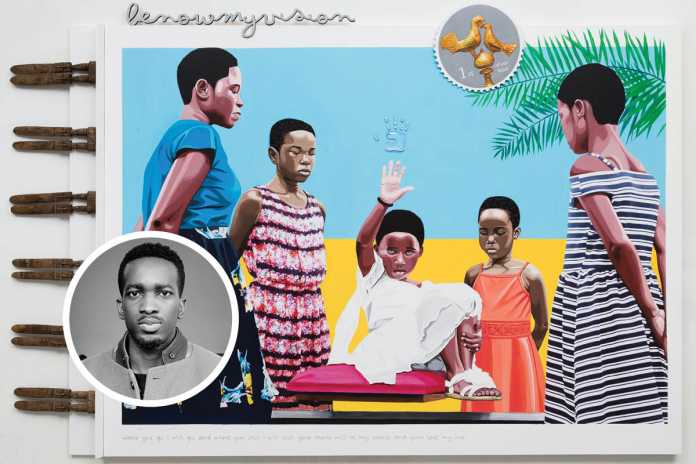 Conrad Egyir is a Ghanaian-born and Detroit-based artist whose bold and striking portraits have been making waves in the art world. Egyir’s interest in art began at an early age. In 2008, he moved to the United States to study at Judson University, a liberal arts college in Illinois, later getting his MFA in painting at Cranbrook Academy of Art in 2018.

He stayed in metro Detroit since his graduation, showing work locally and nationally. Last year, Egyir had solo exhibitions at Library Street Collective in Detroit and at Jessica Silverman Gallery in San Francisco. His experiences in his travels lend a large influence to the themes in his work.

“I wondered, how do I make my work unique? Coming out of school I started to find that voice,” Egyir says, “focusing on themes of empathy and migration, and people of the diaspora.” His portraits reflect his travels and the variety of Black people he has met across North America and Africa. He incorporates images like stamps and notepad papers to reference these themes of travel. His large-scale paintings have a sense a majesty.

One of the most surreal moments for Egyir was when two pieces from his San Francisco exhibition were purchased by Beyoncé and used in her Black is King film earlier this year. His current solo exhibition Terra Nullius is currently on view at the Museum of Contemporary Art Detroit through Jan. 10, 2021. 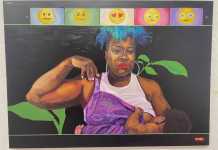